THE GARDENS BENEATH MY FEET

A TIME AND A PLACE

On his second album "A Time and a Place", Burger offers us a total of 15 tasty tracks (including 5 collaborations with other great artists) wich easily demonstrate how quickly this writer has grown.
A release that generally focuses on both catchy melodic punk and hard rock, "ATAAP" shows us that Burger knows how to serve up the goods.

Right from the opening track "The Silver Lining" this album seems very promising and well versed. A great blend of steady rhythm guitars with catchy and well designed leads can be found in almost every song. As if the melodies weren't good enough, some brilliant dual leads are scattered throughout the album as well. Another technique that Burger pulls off like a championship formula-1 driver is shifting into the right gears at the right moment. Whereas some songs will slowly build up and share different highs and lows, others cut straight to the chase. Wichever method is being used, almost every riff flows seamlessly into the next. The bridges also always show up in the right places and provide that needed change of direction when required. There might be an area or two (such as towards the end of "Revenge" or the solo in "Inside The Mist") where Burger seems to have thrown music theory out the window, but those few akward moments don't detract from the overall greatness of the album.

What's really most pleasing about "A Time and a Place" are the memorable hooks. Every song stands apart from the next thanks to clever chord arrangements and creative bridges. Wether it's the oustanding intro and opening verse in "The Silver Lining", the ultra catchy chorus in "Overture", the perfect blend of hard rock/pop punk in "Diurnal" or the intense in your face quality of "Avalance", you can't help but wonder what Burger has been eating to come up with these superb audio treats. And that goes without saying that the collaborative tracks are also extremely delicious. "A Time and a Place" can definetely be listened to at any time or place as it will surely impress all types of music lovers.

SPECTRE'S WORD OF ADVICE: @Burger, be careful with solos, they are often times the song maker or breaker. Listen attentively to every note as sometimes just that one offkey strum can be a pain on the eardrums. (In general the leads sounded very clean and in tune so this suggestion only applies to a couple aforementioned areas). 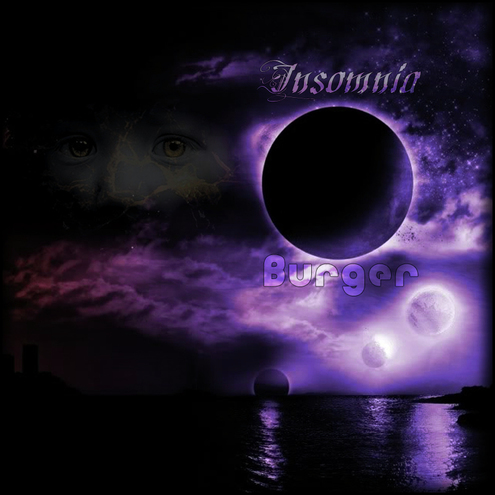 Click to Download // Cover by Jod.Drummer
This is Burger's first album. It consists of some of Burger's earliest work as well as his later songs. This album goes in chronological order; with the first track being Insomnia, his first song, and his last track being A New Day. So it's a timeline just as it is an album. Blue.

Hello! I'm Zahin (pronounced Zaheen) aka Burger. I'm 16 years old and I was born on March 21. You're probably wondering why my name is so weird. Oh, you weren't? Well too bad. Well, you see, I'm Bengali. Yeah, I can't really explain any further other than saying that different cultures have different names. Shocker. Oh and my nickname is "Burger" because that was the nickname given to me when I was on the basketball team.


I'm sorta a POM veteran (feels proud). I joined the site in I believe October or September of '09, right after I suddenly started craving playing POM1. I was on the QC quite a bit (mostly to ask people to rate my songs ) but I never went on the forums. Alas I was one of the first people to be on the new site right when Evil-Dog made it. You may or may not remember me on the old site as Zmanx25, and God Zman for a little bit on this new one.